Initially in Met Gala history, twerking existed on the red carpet. Louisiana bounced artist Big Freedia collab with an afro-puffed Ciara to twerk at the Met steps before their fellow celebrities showed up and showed out. Vogue magazine shared the video and wrote, “Welcome to the 2019 #metgala! @bigfreedia and @ciara kick off tonight’s red carpet, ” while CiCi and Big Freedia both excitedly posted the video to their pages.

Yaaaaasssss!!! It’s me and @ciara in the steps of the Met!! Watch me on the red carpet now!! @voguemagazine

Andrew Bolton, the Costume Institute curator for this year’s Met Gala theme, told the New York Times that it was crucial to highlight the styles of all communities. “We are going through an extreme camp moment, and it felt very relevant to the cultural conversation to look at what is often dismissed as empty frivolity but can be actually a very sophisticated and powerful political tool, especially for marginalized cultures. Whether it’s pop camp, queer camp, high camp or political camp — Trump is a very camp figure — I think it’s very timely.”

After showing off her “baby got back, ” Ciara changed things for her actual red carpet appearance. The Atlanta singer is putting on a leggy, customized Dundas emerald green cut-out gown that finished with an elaborate feather train. She carried on her ode-to-natural-hair by wearing her coif in a large Afro. 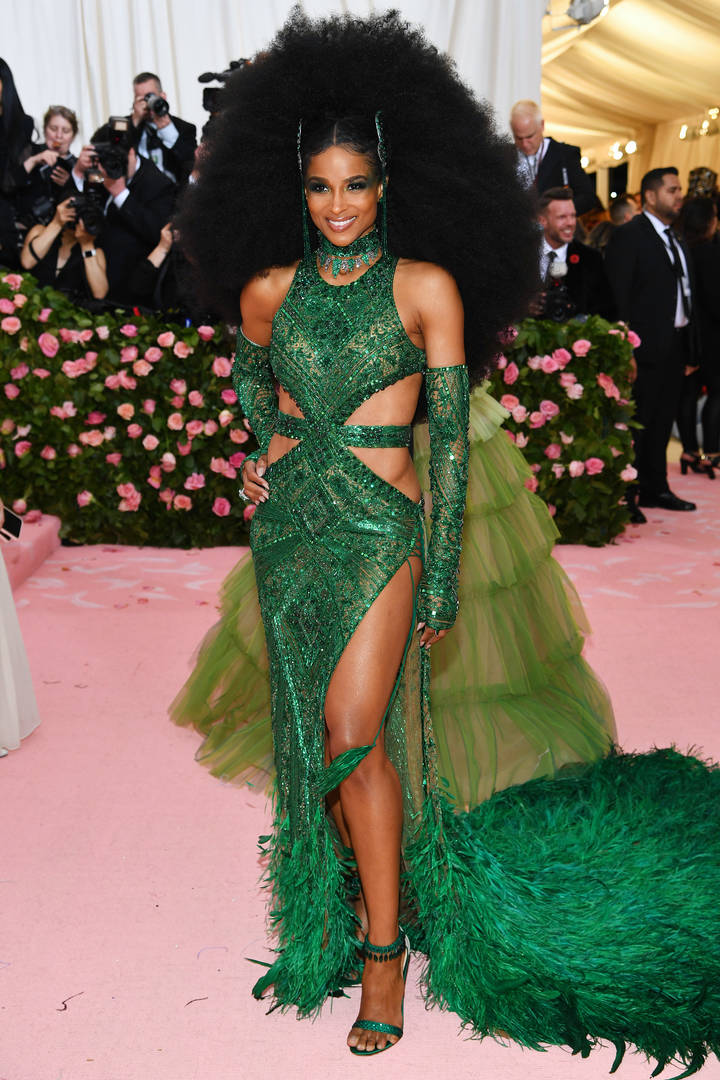 Advertisement
More On
No one has commented yet. Be the first!