We can say that the Met Gala hype has dissipated, but Lindsay Lohan’s recent comments set the social media on fire. The red-haired actress just couldn’t let Zendaya have her red carpet belle-of-the-ball moment without throwing a little shade. Zendaya’s entry (and exit) was one of the most discussed moments of Monday night’s fashion event, as she wore a Cinderella-inspired blue gown designed by Tommy Hilfiger.

At the same time, Zendaya’s Fairy Godfather played by her stylist, Law Roach—approached the actress-singer on the red carpet with a wand. He mirrored the actions of Cinderella’s Fairy Godmothers in the classic Disney film, smoke blazing from the wand and all, before Zendaya’s bland gray dress came to life as it glowed and raised as it lit up with lights. She completed the performance by leaving her glass slipper on the staircase as she made her way inside the building. 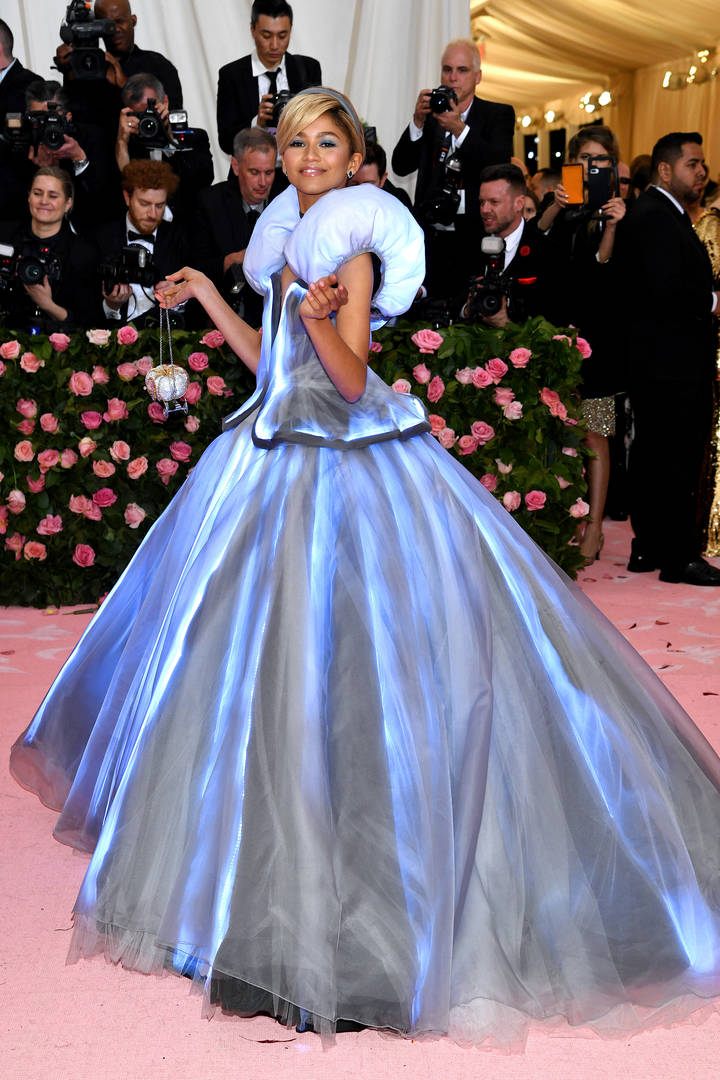 Thank you to my Fairy Godbrutha for a fairytale ending to my Disney days.

While many were giving Zendaya applauses all around, Lohan thought Zendaya’s look was simply a repeat of something she had seen at Met before. “Claire Danes did that with @zacposen already, ” Lohan commented on Instagram of Danes’ 2016 “Manus x Machina: Fashion in an Age of Technology” Met look. “@clairedanes you wore this dress so beautifully, I don’t know why someone thinks that they can be more chic. Ever. ”

The social media warriors spared no time putting Lohan—who hasn’t attended the Gala since 2007— in her place, and they didn’t mince words. “Lindsay lohan hating from the outside of the club as per usual … she needs to focus on not abducting kids instead of zendaya. expired banana,” one person wrote. Then there was this one: “@lindsaylohan you filthy, raggedy, rat need to leave the mf Queen alone. Zendaya f*ckin slayed that sh*t and nobody f*ckin knows the b*tch you talking about.”

lindsay lohan hating from the outside of the club as per usual … she needs to focus on not abducting kids instead of zendaya. expired banana pic.twitter.com/FJE6QQBZTx

Advertisement
More On
No one has commented yet. Be the first!